Day 1: On the first day in South Africa we rented a car and drove to our hotel (which was actually a Bed & Breakfast). We then took the Hop on Hop Off City Tour Bus up to Table Mountain. Table Mountain is one of the 7 natural world wonders and is one of the most popular tourist attractions in Cape Town South Africa. Then we took a revolving cable car straight to the top. Others even climbed Table Mountain, which took about 3 hours including taking pictures. We saw a big beach and the rest of the coast from up top. I saw a tennis court, a lake, local houses, mountains, animals, and even a zoo!! There was a souvenir store and a café on top. I had a large soda while watching monkeys mess around. While I was drinking I saw a weird creature, it looked like a giant squirrel with a short tale and was called a Rock Dassie. We then rode on a bus and drove home where we looked at our pictures and took a trip to the South African Dream Land.

Day 2: COCK A DOODLE DOO!!! I woke up early to go to Inverdoorn Game Reserve. We saw a mall full of SASers on the way at a roadside rest stop. We saw Baboons too! Once we got to Inverdoorn we were introduced to our guide who took us in a little jungle jeep. We saw Rhinos and Wildebeest first. They were very curious and it almost seemed as if they were posing. We then went to see some Cape Buffalo. They were all hanging out and playing around. We then saw an Ostrich and pack of Springbok. We learned they work together because whatever the Springbok can’t see the Ostrich can hear, whatever the Ostrich can’t hear the Springbok can see. We also saw a Zebra who was black, white, and Brown!!! But not from dirt it’s a part of their skin for camouflage. The predators can’t see black and white that well so they run around to look like a strong animal. After that we saw the Cheetahs. They were very tired and sleeping. We got some great pictures though. Then we saw two Elephants and earned about how their tusks never grow back. Lastly, we saw the king of the jungle, the Lion!! We watched a family of lions lie around and rest. On the other side of the gate I saw a pack of Antelope and a Giraffe peaking his head out. We then drove back and had lunch, they served chicken drumsticks so I had 2 of those. We then went back and drove to a mall where we went shopping and mom and I went on a quest to find a place to get my ears pierced. First, we went to a hair essentials place and the girl was on vacation. Then we went to a kids place but they didn’t do piercing that day. Then we went to a shop where we could pay for the piercing and purchase the studs but the girls who dies the piercing works at a Café now so we had to go to the back of the Café where it happened. I got my ears pierced!!!!! Then we went home and fell asleep instantly.

Day 3: We woke up late and had eggs for breakfast. After chatting with the owner of our B&B for a while we found out more about places we could visit for our trip. We decided to go to Boulder Beach and visit penguins. After hours of watching seagulls taunt us we got to the beach. I immediately watched in amazement as penguins slept on rocks bigger than 2 of our houses. I went to step in the water but I got distracted when my dad saw a starfish. We then went where I saw a second starfish and I climbed up rocks to see miles of kelp and seaweed. We then passed some street performers and hiked across a bridge. On the way, we saw families of penguins in little holes up the mountain. It seemed they were either with their family or making new members of the family. We then went to a new part of the beach. I crawled under rocks with my parents to get to a second part of the beach. I decided to collect some shells but everything I picked up was ceramic glass. We then saw some fellow ship kids and agreed to climb the biggest mountain of rocks. We climbed swiftly and carefully. I never rock climbed before so I was scared almost to actual death. When we got up we saw some penguins sleeping quietly. We went down and learned more about the bay. We then drove 15 mins to a waffle house I had 2 burgers and my parents had salad. We ordered a big ice cream and waffle combo. YUM!!!!!!!!!! We then drove home. Everything was dark and nothing exciting was happening so we went to a steakhouse called Nelson’s Eye where I watched Rugby and Soccer while eating a monster burger. We then went 2 mins to our B & B and played Uno until we were super tired.

Day 4: On the fourth day of South Africa my true love gave to me the ability to go to ImHoff farms! We woke up super early to have some breakfast. We then went to the car and hopped in. We went down Chapman’s Peak Drive. We had loads of gingerbread to snack on. We went to some stops to take pictures of the beach and the bay. We stopped by 2 mountains to get great views. We saw sand boards, canoes, sun bathers, and shiny fish!! As we went along we saw a second beach. There were camels, sand, and complete nothingness. We got to our destination astonished on how animal-related it was. We went into the food shop and saw ice cream, gingerbread, soda, chips, and pastries. We first went to a restaurant where I had eggs and a milk shake. There was a rope swing so I did stunts on it. We then went camel riding. AWESOME!!! Then I did a maze where I had to find 4 flags and animals. Then we tried to go horseback riding but I was 3 years too young. We had ice cream instead. Then we went home the same way we got there and went to sleep.

Day 5: Today was the last day and we went to a movie. Mom had a field class that was supposed to go to Robben Island but they closed the Island so she just had to hang around with her class at the waterfront. I wanted to buy some shoes but everything was too expensive. It was a very high-end mall L! We met up with mom and almost got ran over by a giant Thomas The Train doing so. We went and bought VIP theatre seats. We got in and waited for the movie start. We saw how Black Panther is an African themed movie. The best part was it was 5 USD!!! Once we were done we packed up and went to a McDonalds for lunch. We went shopping and passed a waterfront band on the way I was sad to leave Cape Town but now it’s time for Ghana!!!!! 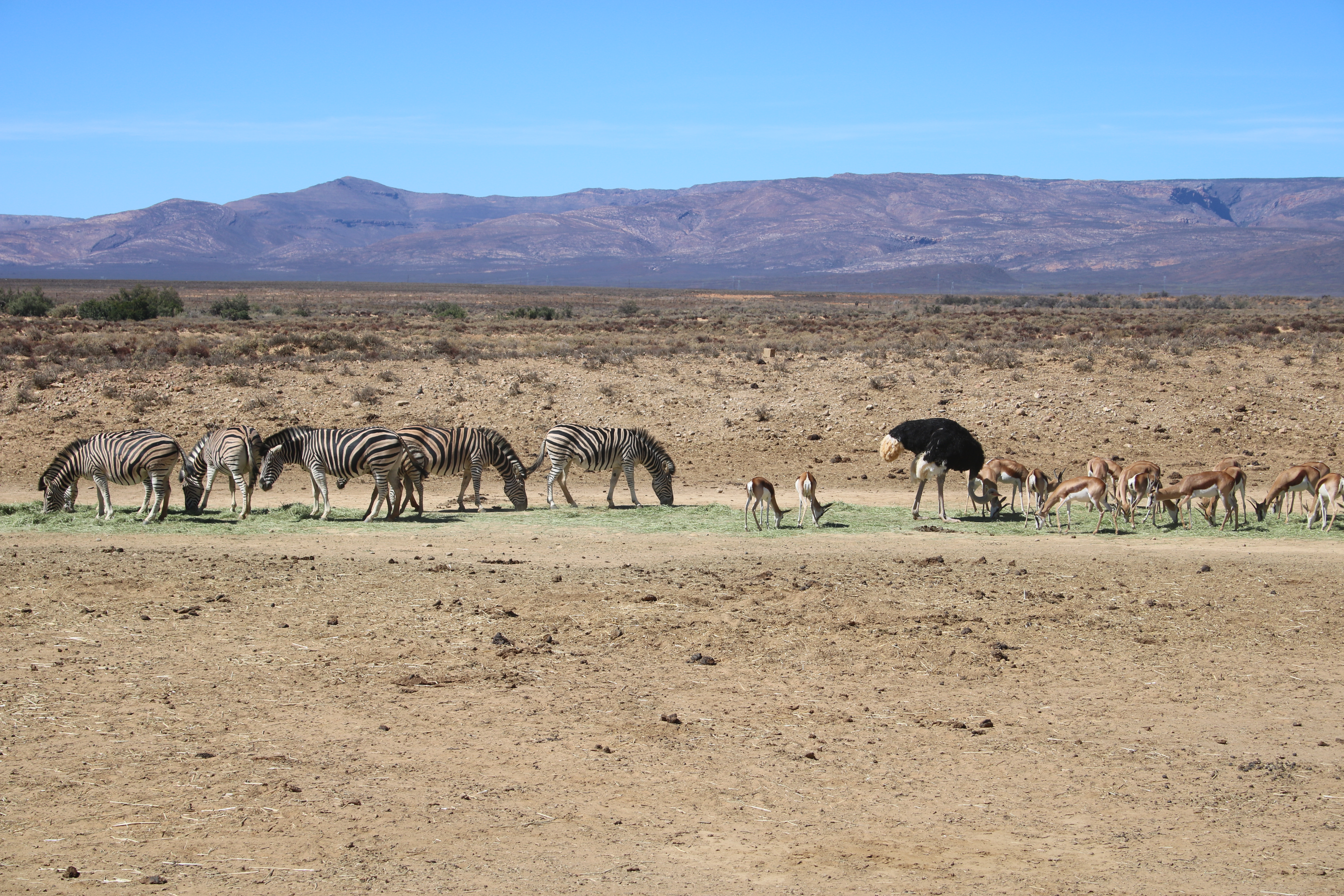 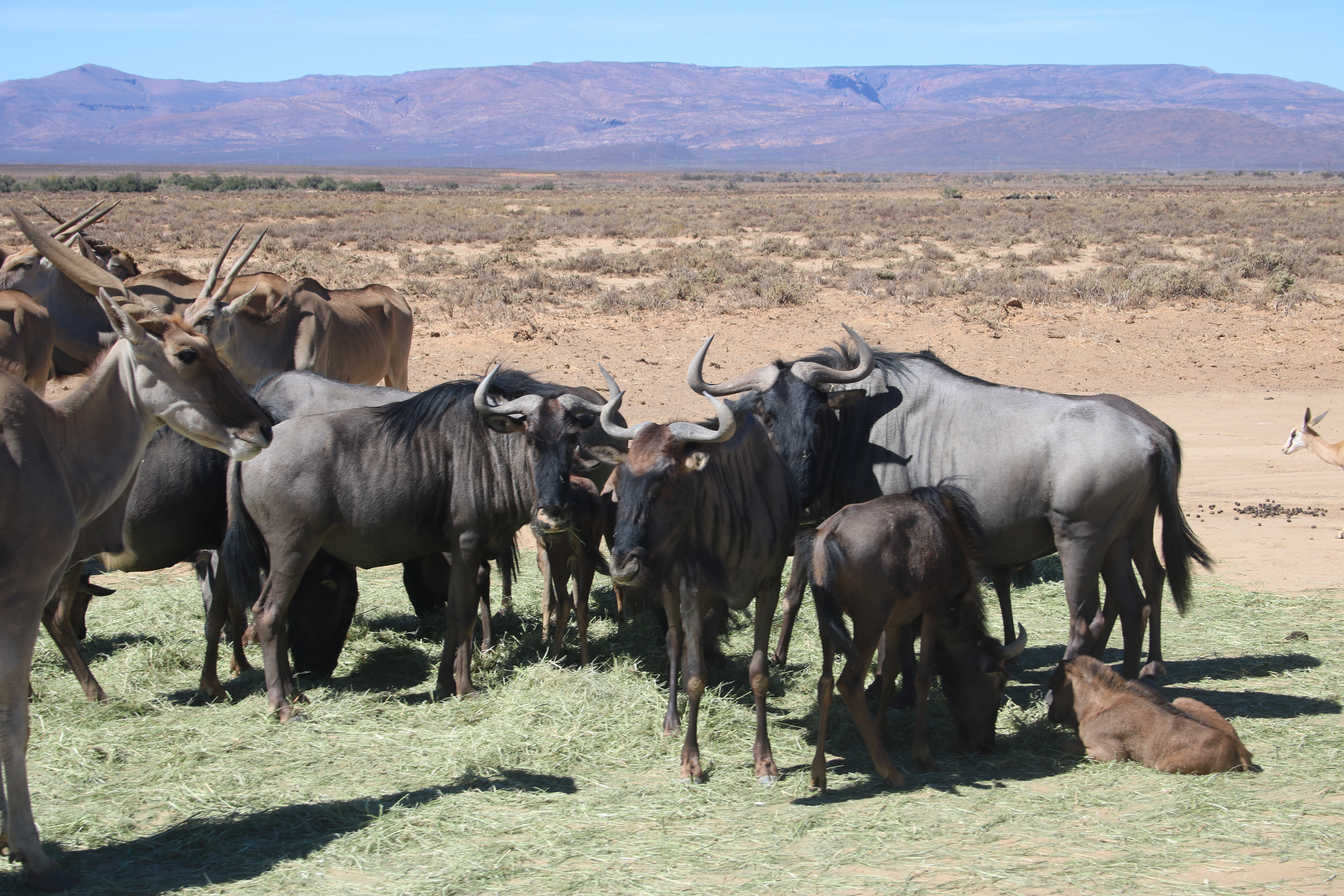 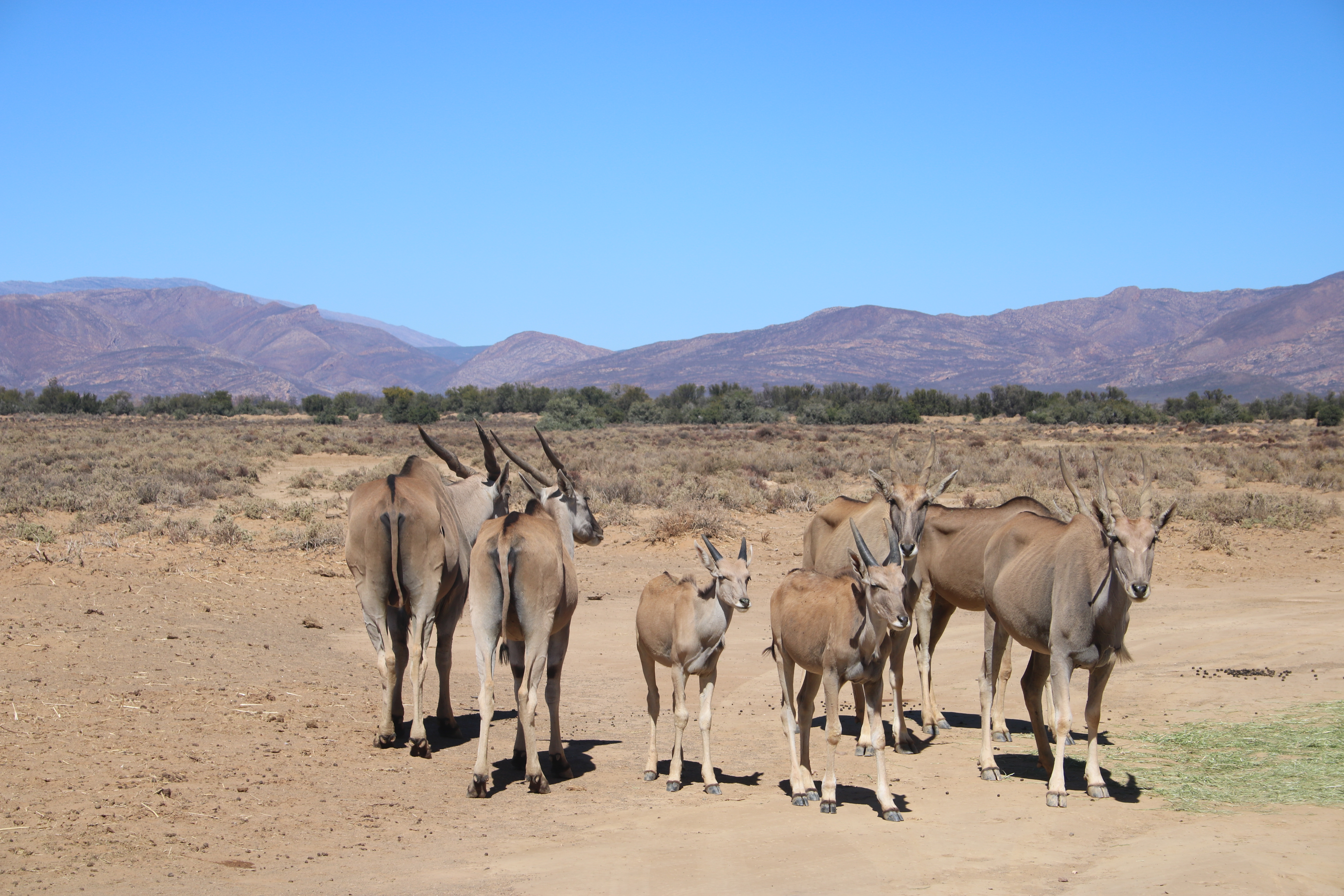 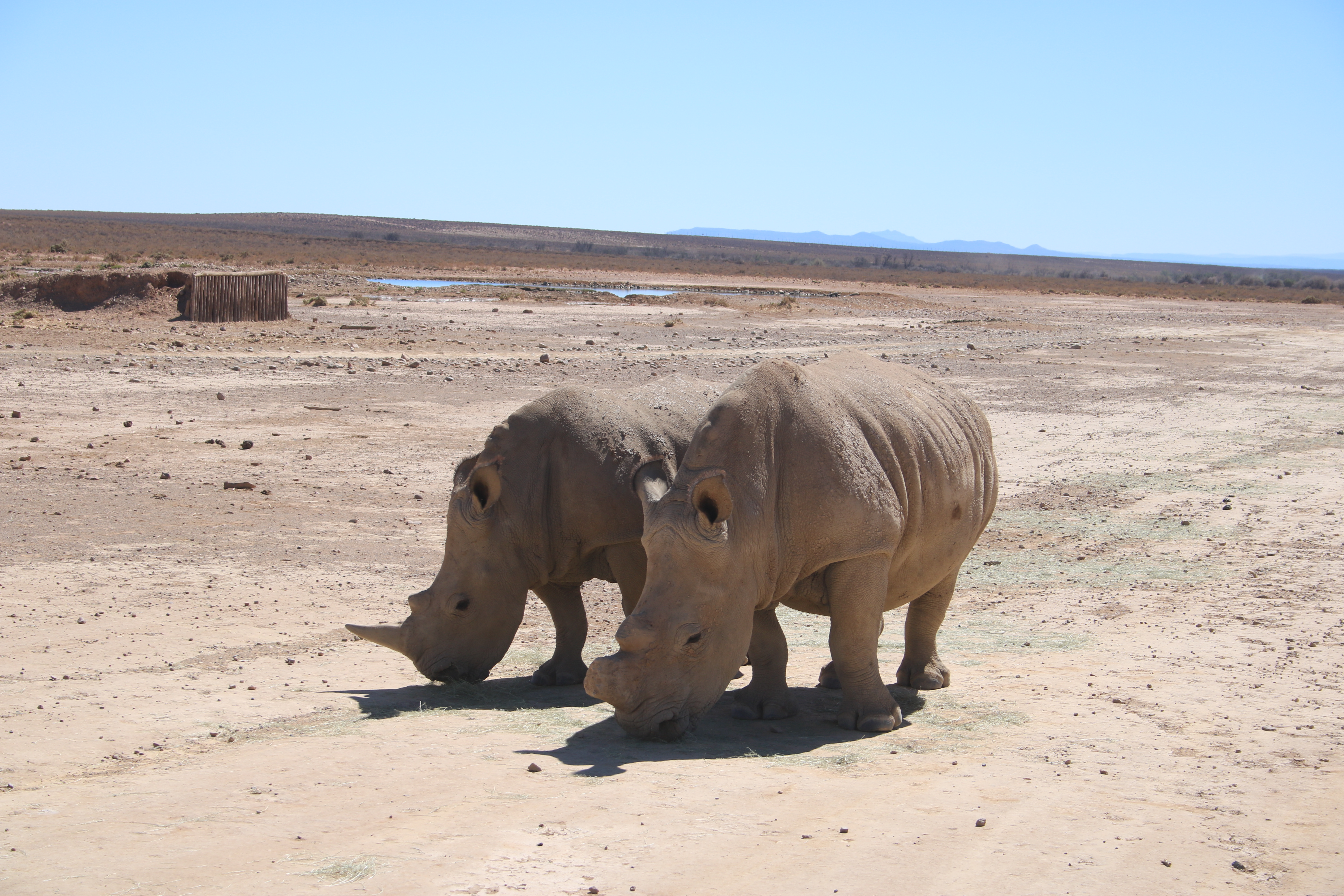 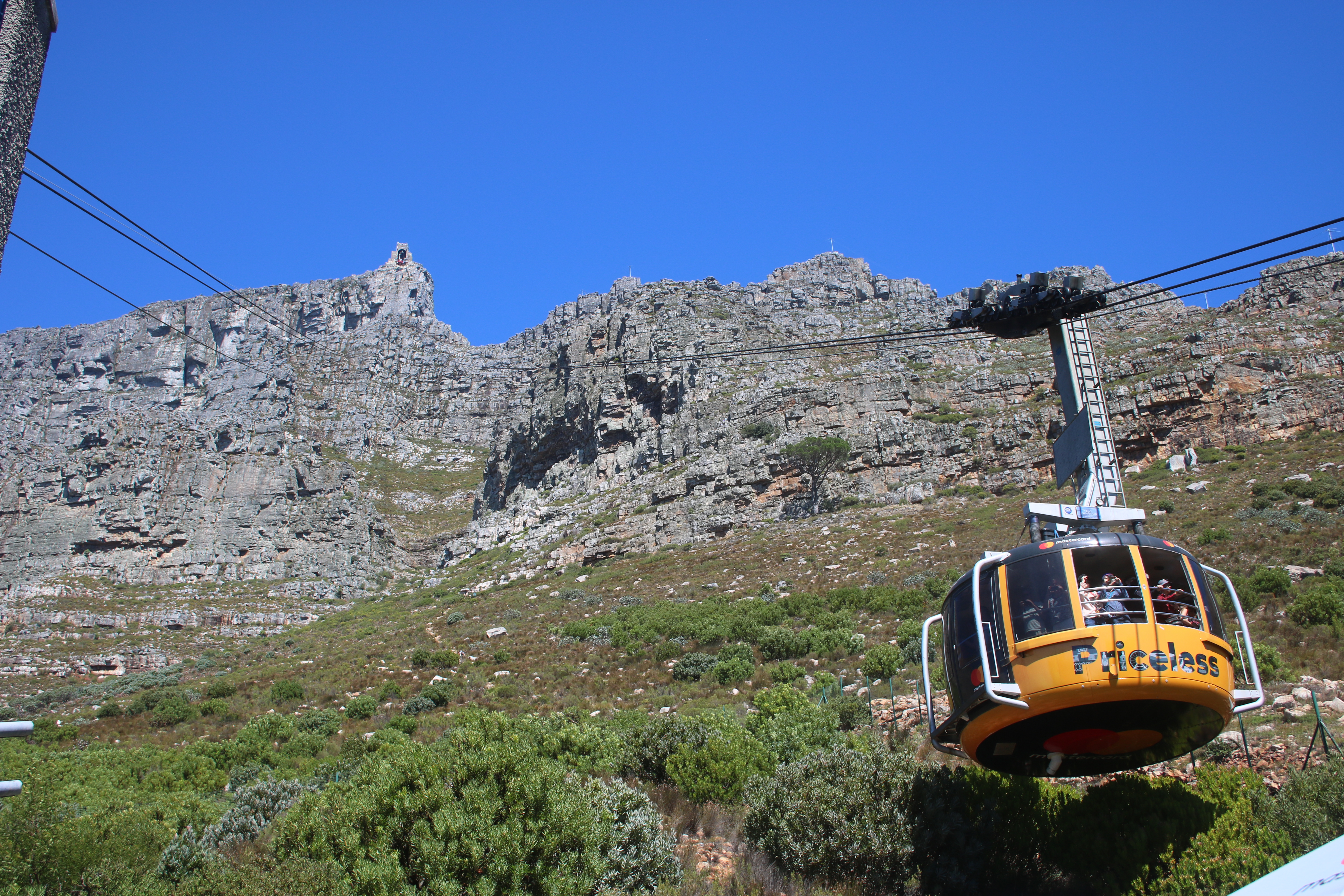 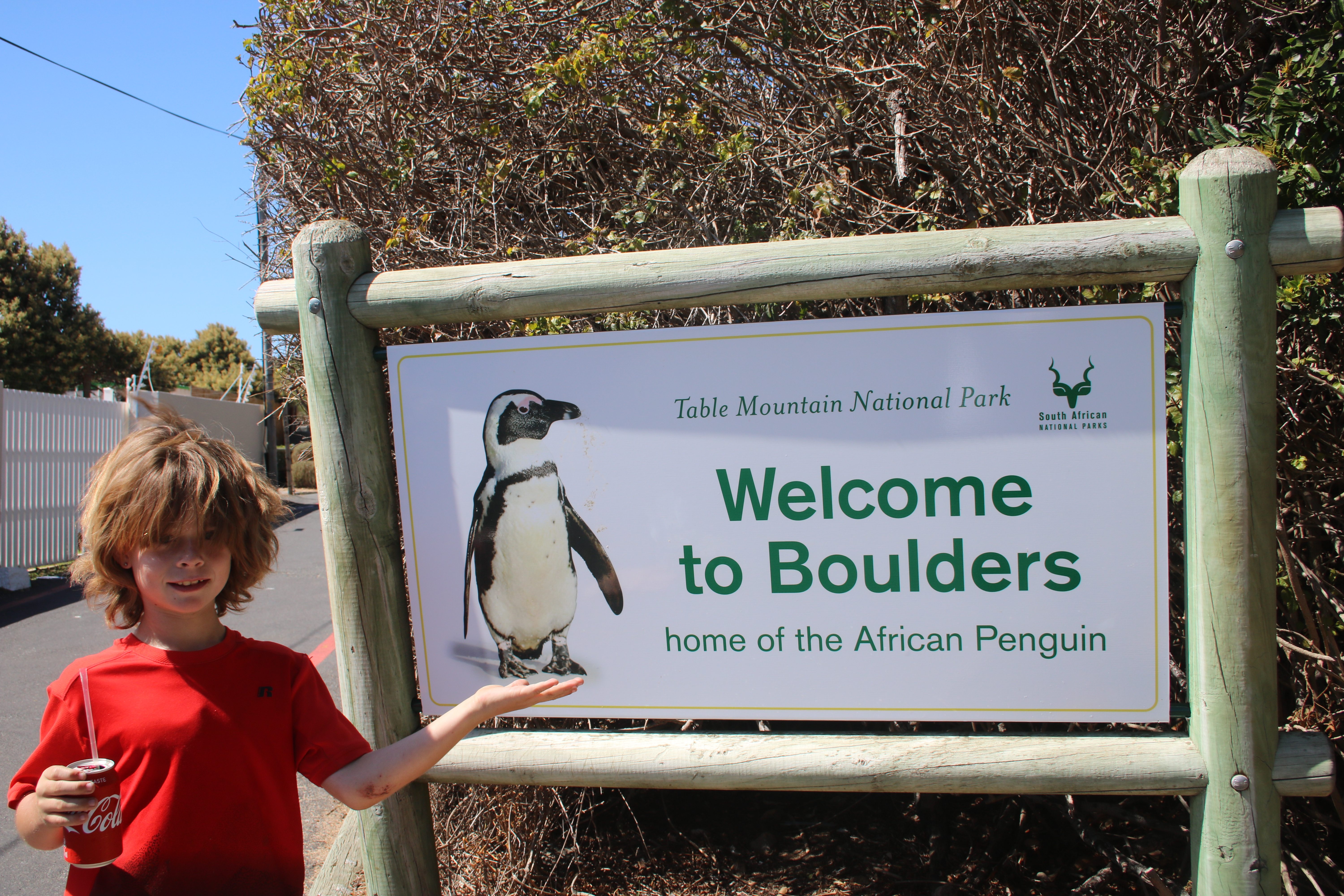 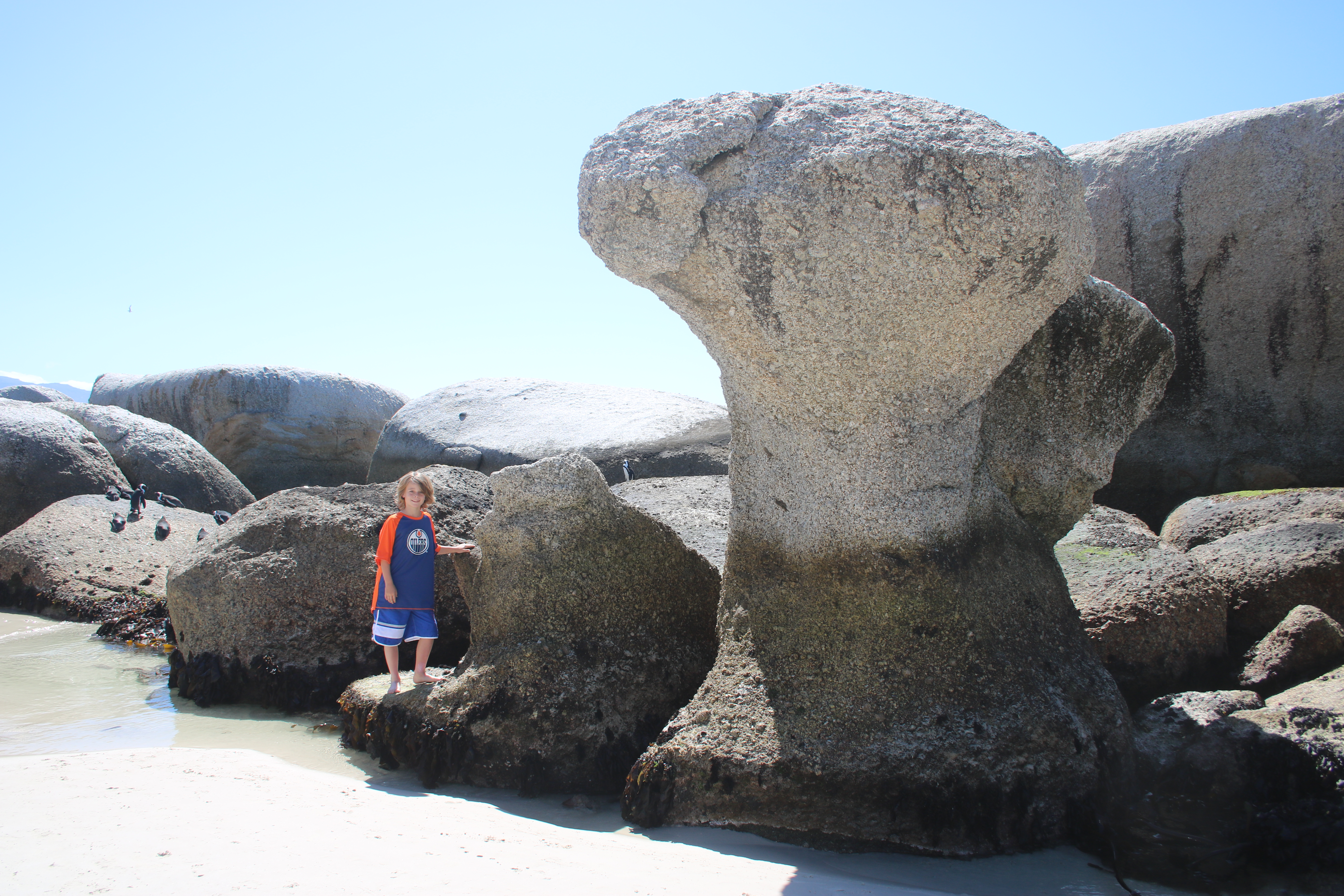 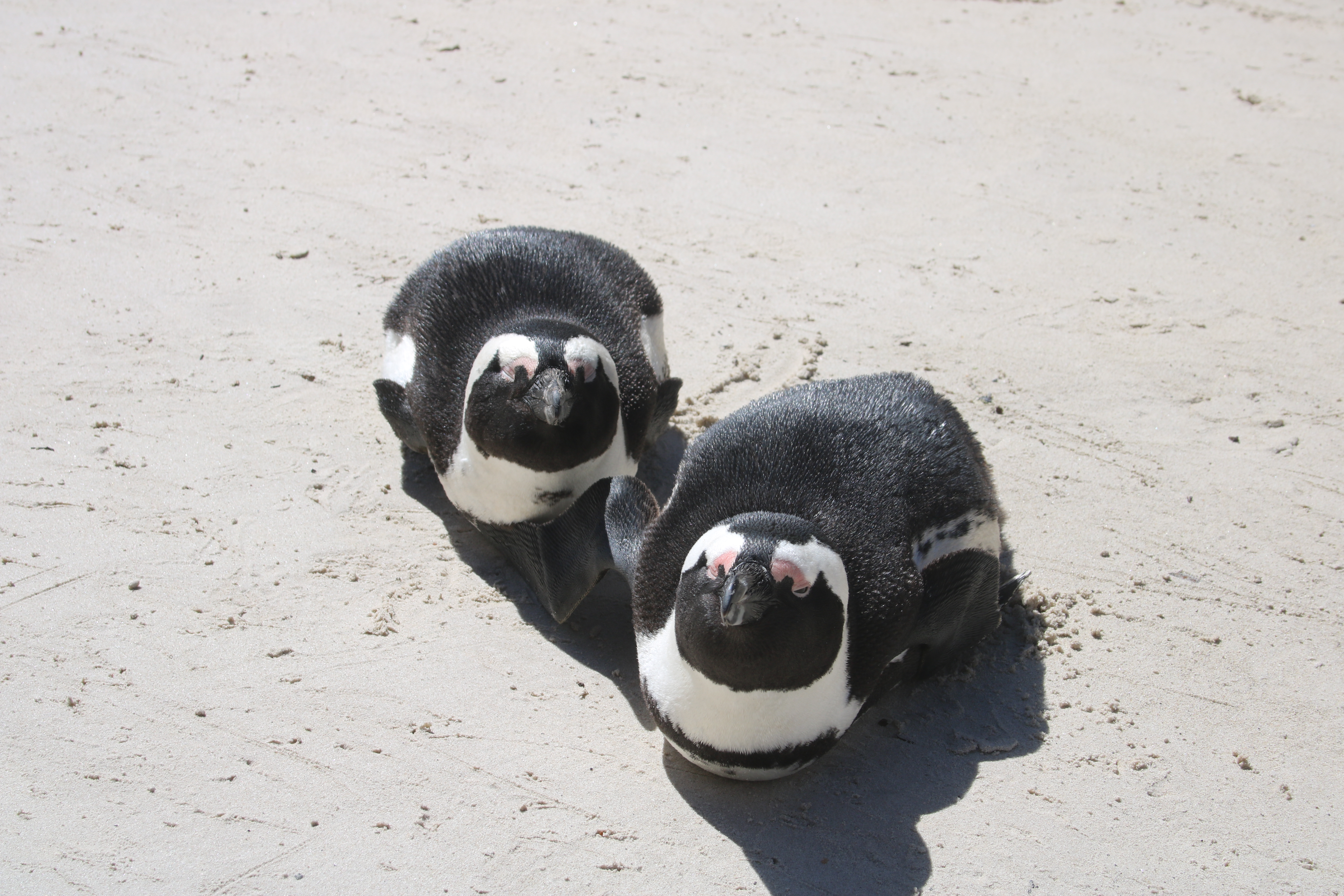 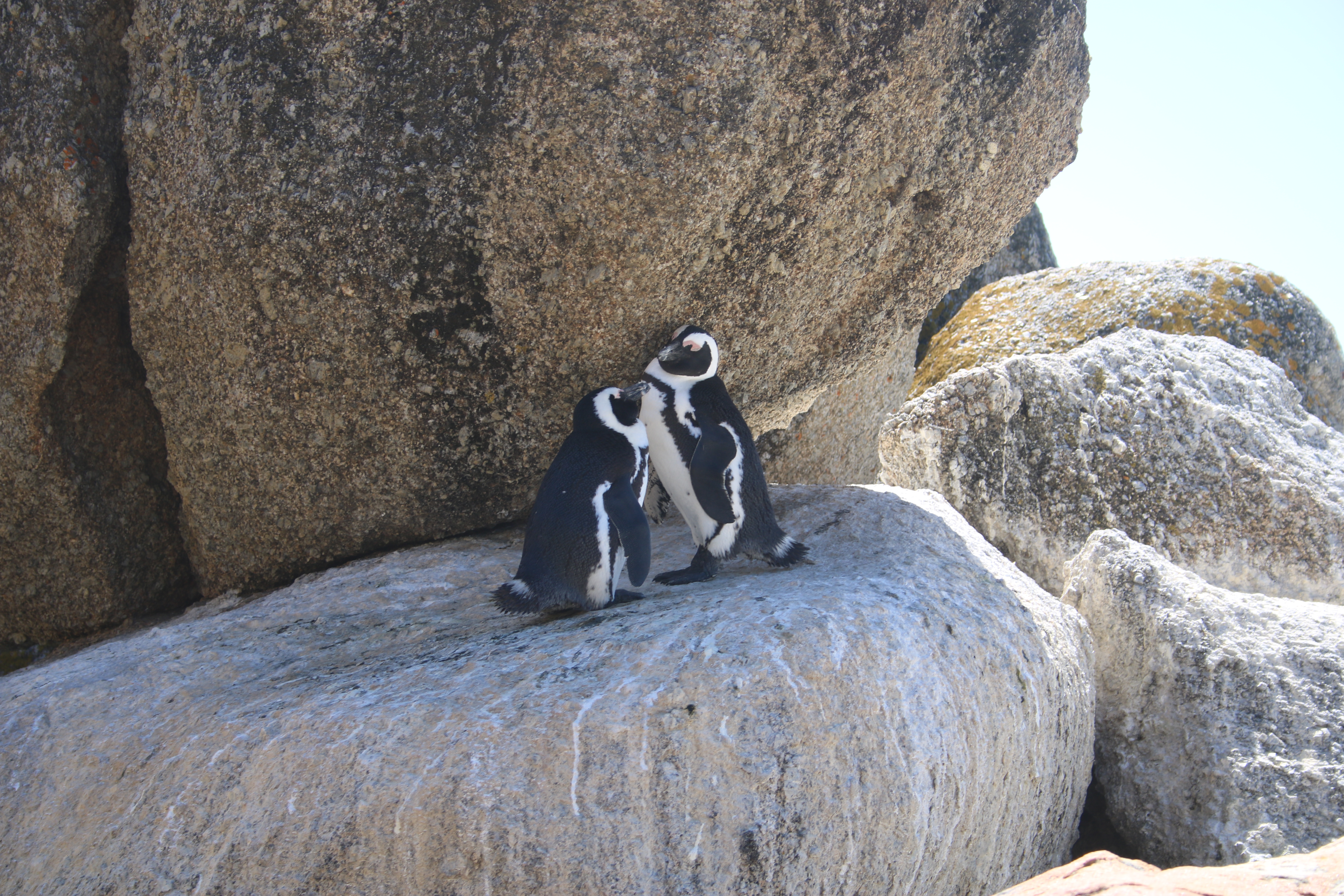 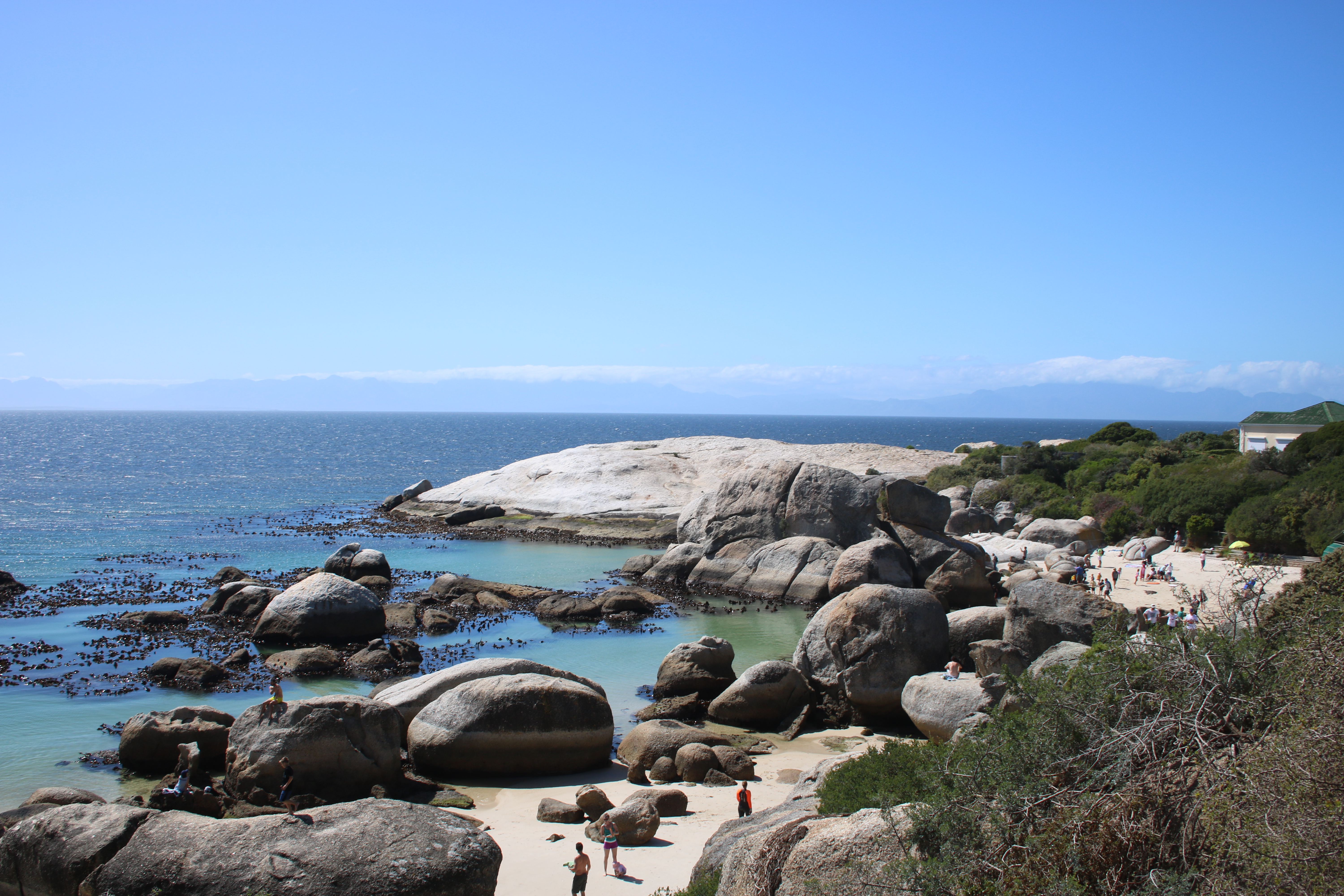 One thought on “South Africa”