On March 7, we crossed the equator, which led to a celebration called Neptune day. We woke up to the sound of music playing throughout the halls. Then on the intercom King Neptune (Poseidon) told us to be up on deck 9 in 30 mins. We went up to breakfast and saw a big band of fish, leprechauns, a barber, King Neptune, and a knight. Me and a fellow ship kid followed and I instantly got my swim suit on. They showed us what you had to do, get slimed, swim past the leprechaun to a knight, kiss a fish, get past a guard, kiss Neptune’s ring, and a knight makes you an honorary shellback. I did it 5 times. A lot of the people even shaved their heads! This was all part of a traditional ceremony for people who have never crossed the equator before. It was super fun!

On March 29th we crossed the equator again but this time we crossed at the prime meridian, which means we were at 0° latitude and 0° longitude, which is pretty cool. There is a buoy in the water that marks this point. Since everyone on the ship had already crossed the equator (back on March 7th), this time Captain Costas blew the ship’s horn and then did a donut around the buoy. In the photo at the bottom you can see me and my family with the 0° latitude and 0° longitude buoy in the water behind us. 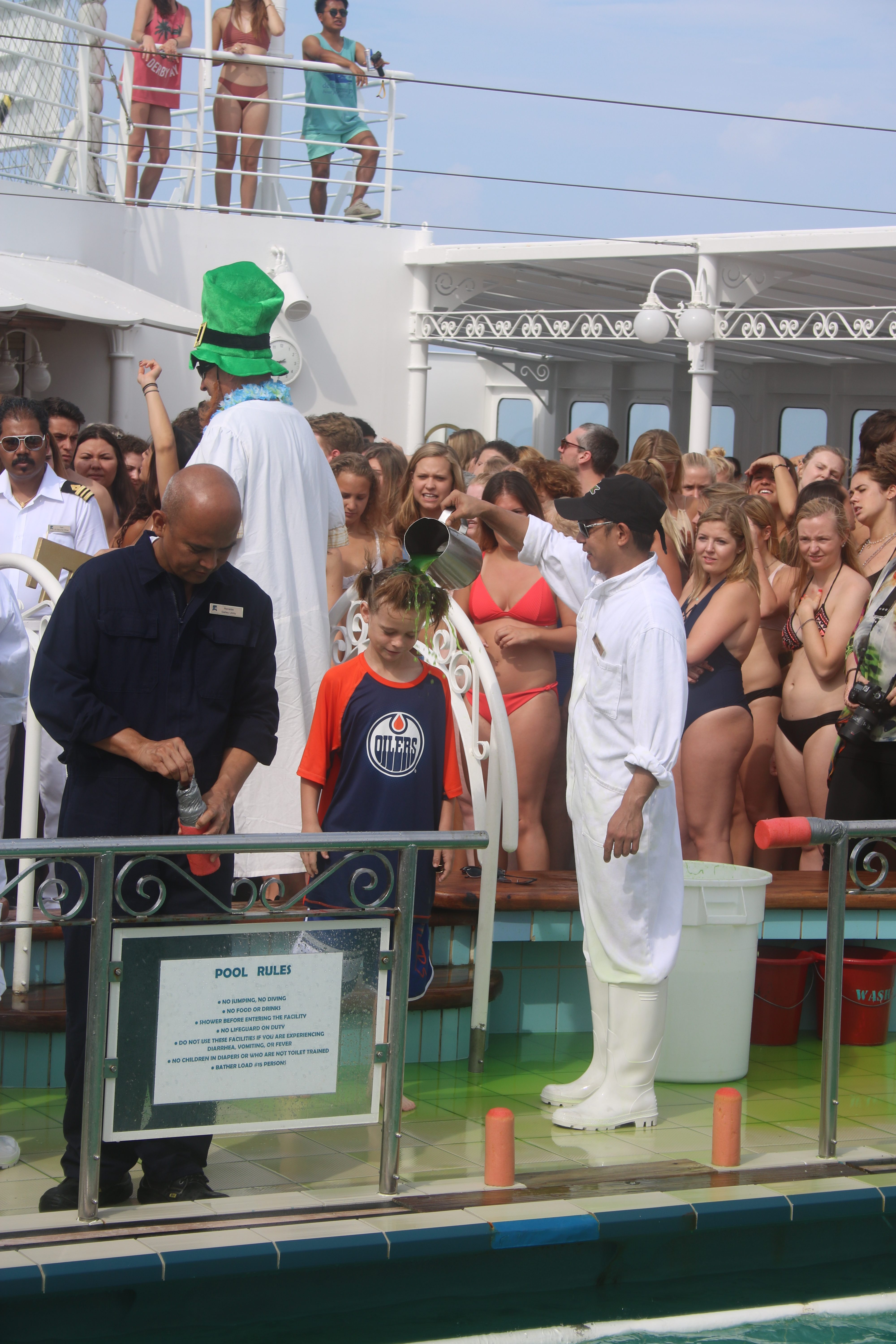 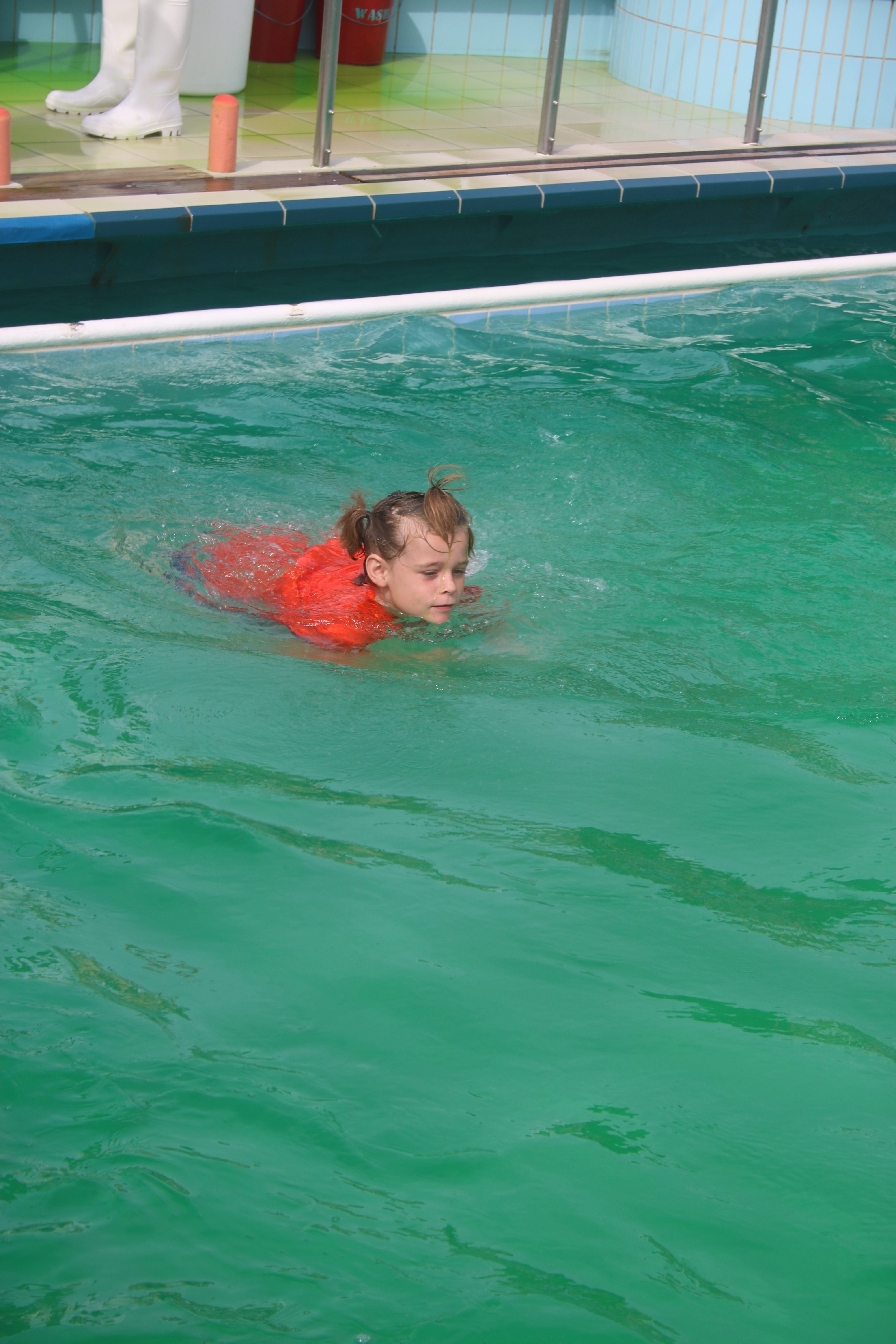 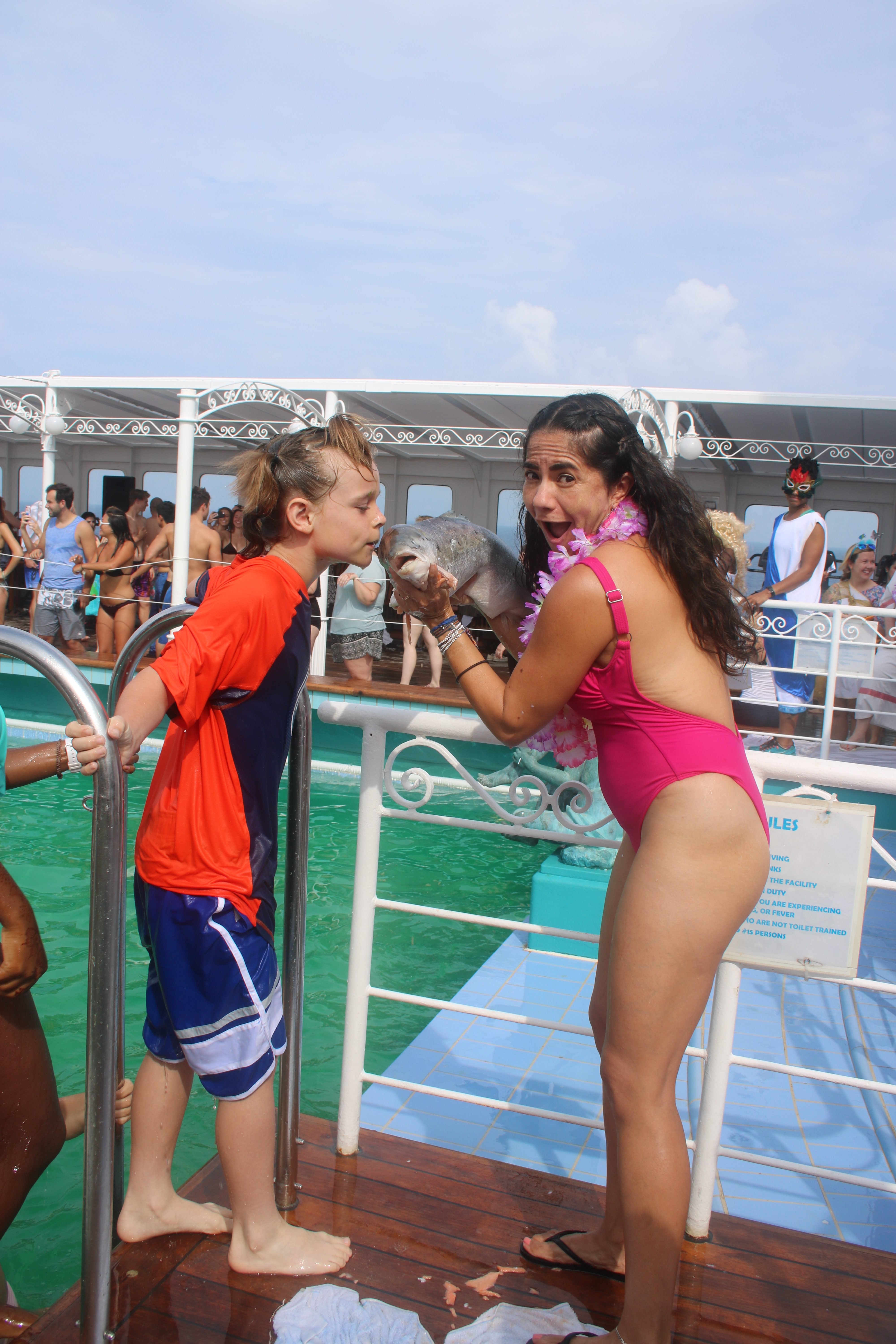 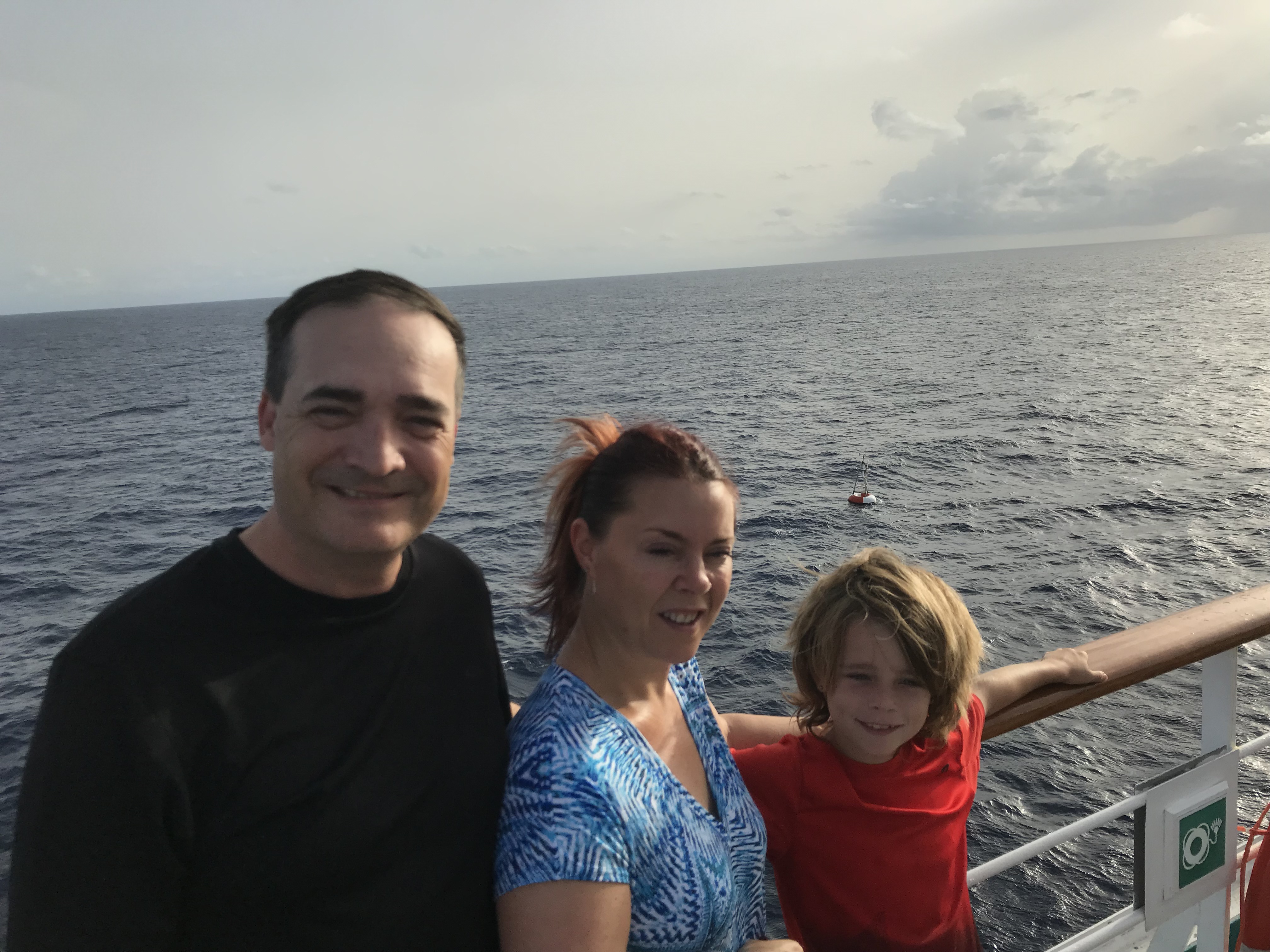 One thought on “Neptune Day”