On our first day in Japan we arrived in Kobe. We decided to settle in at the Centurion Hotel. For a good amount of time we gathered our bearings. Once we settled in we went on a train to go to a mall in Osaka. We climbed 13 flights to get to our destination…The Mega Pokemon Store! There I didn’t know were to start! But I figured it out 😉 I went to the Pokemon cards and got like 8 packs. I figured I might want something to hold them. So, I got a man purse, which was Slowpoke’s head. It had a zipper on top of its head and had a credit card holder on the back, it also had a retractable clipper. I also got a Ditto plushie and a Eevee plushie with a Glaceion hood. And I bought 2 things that I thought were packs but they were card holders and then at check out I was able to pick 2 cool versions of Pikachu cards. And then enough was enough and we went home. And then it gets worse. My mom was taking her class on a field trip that was supposed to include a meditation but the monk forgot and it never happened. She was very sad and disappointed about this but said that she and her class had a nice dinner and learned a lot about Buddhism. So after a long day we settled in and I taught myself a little Chinese and Japanese while watching a Japanese fishing show before visiting wonderland on my rock hard pillow.

Today was a pretty cool day. Let me inform you about it. We started off with the most important meal of the day. Breakfast! I had toast with strawberry jam. They even had brownies so got to have that!!! Then I had a little bowl of Frosted Flakes. And I got thirsty so I went for some water and then I saw it…Pepsi! I decided it’d be cool to have my second soda in Kobe so I had a glass. But, my stomach starts to act up when having a lot of sugar at a time…so I had to go to the bathroom. And to my surprise the toilet automatically opened up, it was an electronic one so I thought that was pretty neat. After I was full I went to my room with a toilet that has an electronic sidearm control. So I taught myself Chinese and Japanese some more before we went out. We visited some places and the railroad stations had mini 7 Elevens that sold spicy chips and news papers. We even saw some Octopus on a stick, raw fish, and even sushi! I was attracted to the new cars and car brands. We also saw some ancient Japanese looking things. Soon it got dark and we met a kind Japanese women at a Starbucks. She took us to her apartment and we made a nice traditional dinner. We made and loved a Japanese omelet, fried chicken, fake crab with real cucumbers, miso paste, miso soup, and wagyu beef. I also got 4 pages and one origami book for safe travels. After that we went past Japanese restaurants and ancient temples to go over a river to our beloved hotel! And took a 7 hour visit to LaLa Land.

We had to wake up early to go to Kyoto and go down an old alley to find a bike tour guide who was to keep us occupied on a 5 hour bike tour. We went to some shinto shrines and buddhists temples. We learned the history of the 2 religions and I even saw my fortune which stated I shall get unlimited education. So we biked on Japanese bikes and I tried Green tea ice cream. More like moldy cheese ice cream. Eww! We also went through a park and met a Geisha on the way, and had a coolish lunch. It was mushroom, rice, crab, salad, soup, and noodles—I only like the rice though, and we also saw two castles! Our guide tried to impress me with some magic. Unfortunately (for him) I used to be obsessed with magic so I knew those tricks and I was a weird kid ok so don’t be shocked if I tell you I did something weird, I’m a messed up child!!! We went down what looked to be a large alley/business area place where I had a Green Tea flavored waffle fish; my mom had a red bean fish; and my dad had a custard flavored one. I didn’t like them. We also learned some Japanese such as a quote: ‘’Yesterday is history, tomorrow is a mystery, and today is a gift. That’s why we call it the present.’’

And then we went to the ship to have some ginger ale and watch the Ferris wheel glow. Then I got ready to go practice with a English speaking coach he worked us on our edges and let us play ringette and a scrimmage. The ice that we skated on was a pool in summer time and an ice rink other times and on the other rink was speed skating. While I skated I had the Japanese version of gatorade. But for the second time enough was enough and we went home to a new hotel where we could sleep on a nice soft pillow and like always after 10:45 it was Maxx in wonderland.

Today was almost like the 3rd day except more exercise by walking. We met a young Brazilian who was to also to keep us doing something while taking another 5 hour tour.YAY. We decided to go over a river and go on a asian ferris wheel. And in the same building there was an arcade where I played 2 Japanese games one was a shooting game I couldn’t keep up but my skills payed off!!! I then went literally inside a robot game which was like transformers playing rugby except with no ball and lasers EVERYWHERE!!! I didn’t get to bowling but we had to move on anyways. My parents and the guide had ramen while I had my 3rd soda in Osaka.  Coke a cola. Then while mom looked for a Kimono me and dad explored…we saw stone bracelets, beanbags, Subway, Ice cream, and even a Makku Donarudo (Japanese McDonalds). We also saw an ancient temple and a school just like on the bike tour except the bike tour one was the first university in Japan. We also saw a very popular picture of an athlete in a weird pose and glows at nighttime. Then we went home and we didn’t do much so I drifted off inside my head for 7 hours.

We made the best of our last day in Japan by having an amazing breakfast, lunch, and dinner but we had other plans than just eating. When mom came home upset from her field class I made her a promise that we would do a meditation so that’s what we did. We went to an ancient temple with our bags and meditated with other citizens of Japan. I had to put my back of my left hand in the palm of my right hand and sit up straight on a pillow with my eyes slightly open. I decided to bow to the master cross my arms on my chest and bent over that meant he was going to hit me on the shoulders 4 times with a stick to keep my concentration. It hurt slightly so I didn’t do it again. We then had tea with everyone and we went to a burger place called Dragon Burger I had the dragon burger it was amazing it had lettuce, meat, cheese, and Japanese stuff inside but it was incredible with Canada Dry. Soon we took a taxi to the boat were we watched the ferris wheel glow. But then, I heard something so I went outside to find Japanese drummers playing us a goodbye song. Just as the band did when we first arrived. I was upset we had to leave but the next day was an ice cream social and tomorrow is China. So I’ll be ready!!!

Japan was amazing but it’s time to move on to the home of the Great Wall. China!!! 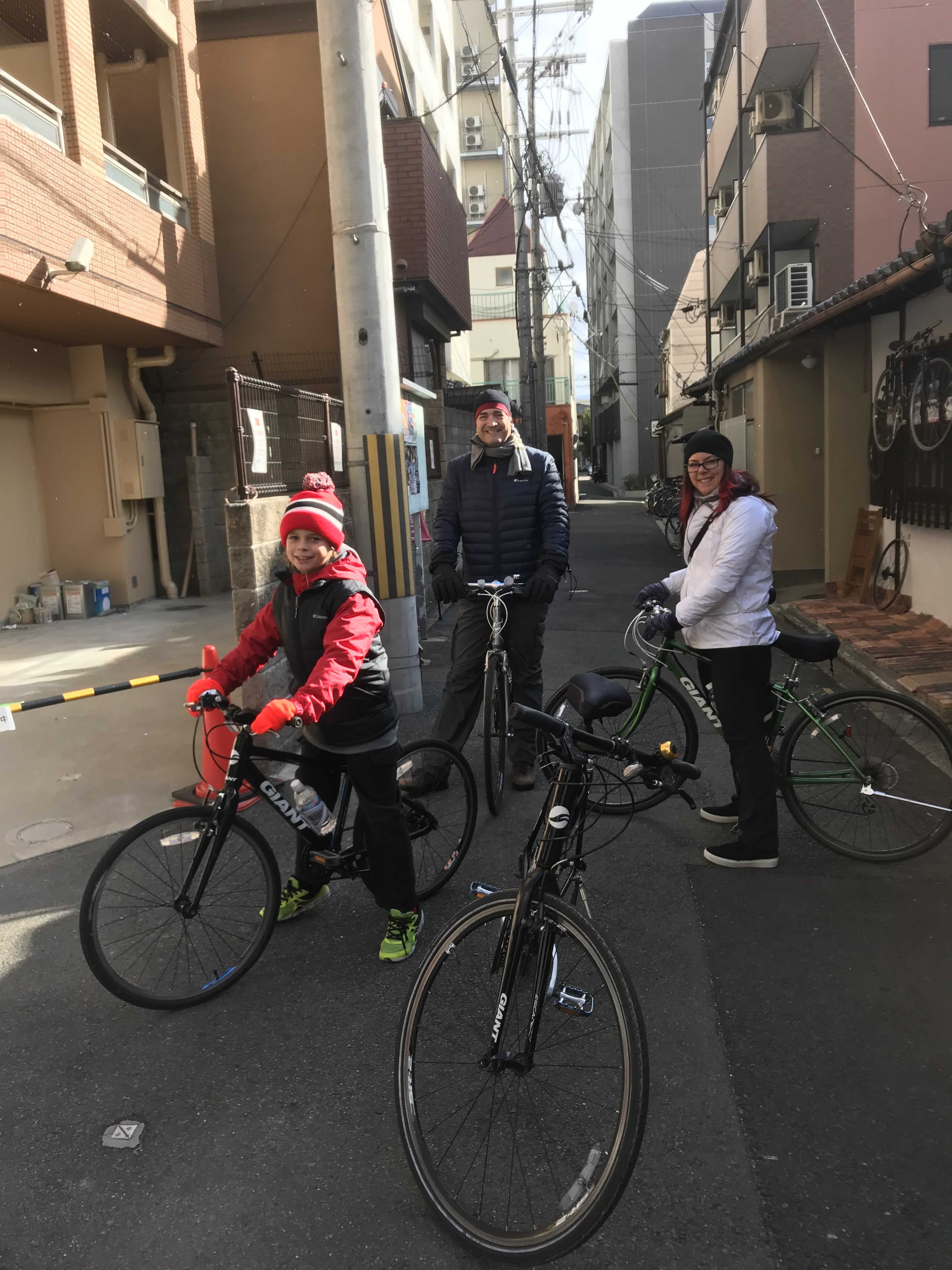 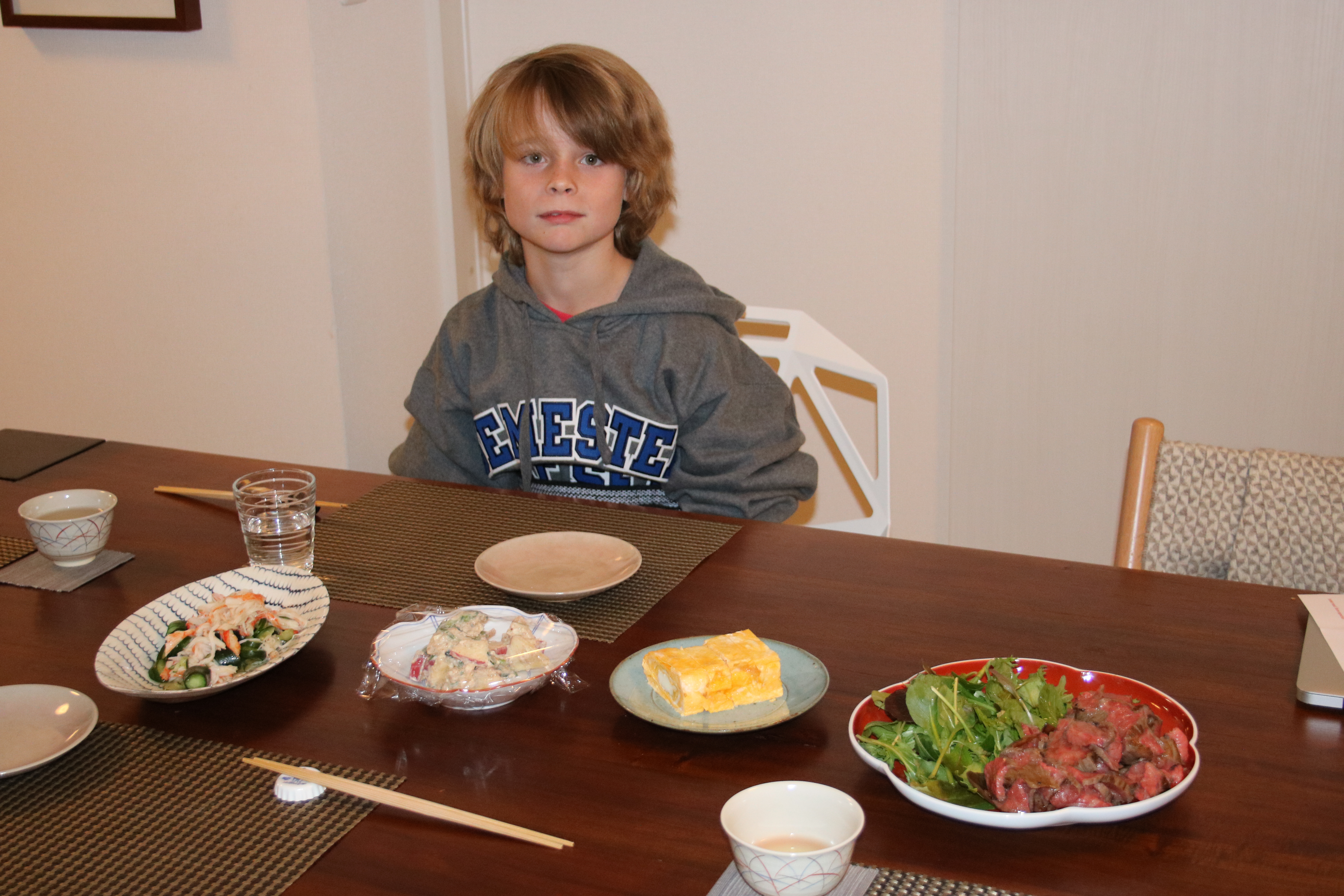 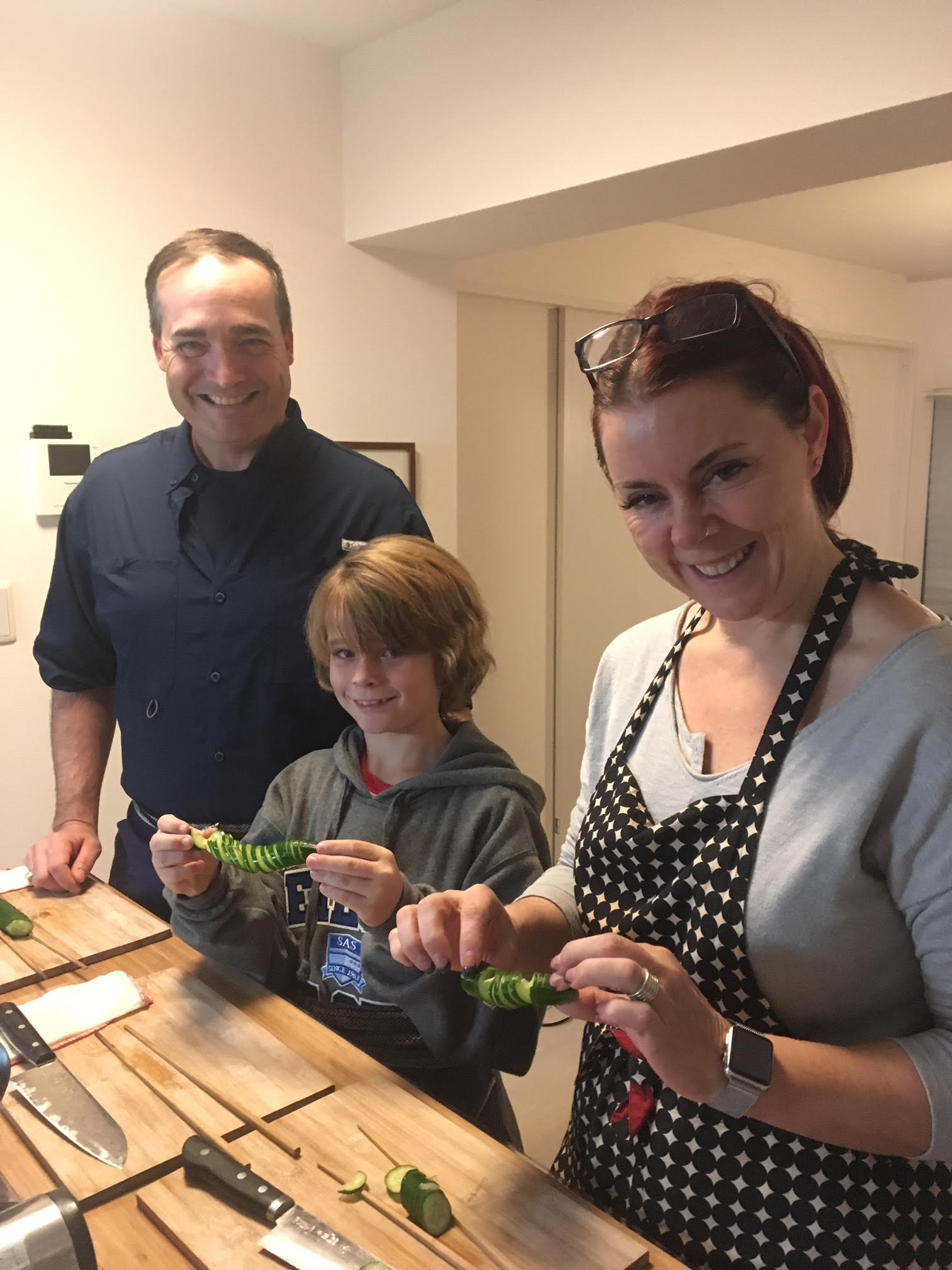